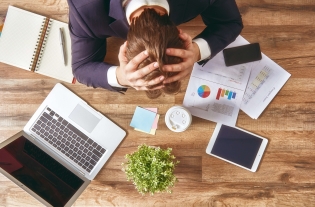 Choosing to file for bankruptcy -- or being in a situation where filing is the only option -- can feel like the end of the world. It can also be very overwhelming. Your choice to file is only the first of many decisions you'll have to make. One of those decisions might be which chapter you should file under. For some, there will only be one option. If you only meet the eligibility requirements for Chapter 13, for instance, then your choice is made for you. But what if you get to choose? Would you know the benefits of filing for one chapter over the others? While every bankruptcy case is an individual matter and many factors will play into your final decision, here are some common reasons that people end up choosing Chapter 7 bankruptcy over Chapter 13.

Chapter 7 is a Clean Slate

Another feature of Chapter 7 bankruptcy that many find favorable is the protection of certain forms of income that you're afforded. For instance, you can't be forced to cover debt using things like workers compensation payments, pensions, unemployment, child support, and the like. Chapter 7 also protects your future income since you won't have to worry about large payments being automatically taken from your earnings in order to pay back a reorganized version of your debt.

Chapter 7 Has No Limit on Total Debt

Under Chapter 7 bankruptcy, there's no limit to the amount of debt you can discharge. In contrast, other chapters, like Chapter 13, have eligibility requirements that cap the amount of debt you can have. Put another way, if you have too much debt, you can't file under Chapter 13 even if you wanted to. For some, the ability to discharge more debt is reason enough to go with Chapter 7.

For the most part, Chapter 7 bankruptcy allows you to get rid of your debt more quickly than a reorganization plan like Chapter 13 would. Many people have found that their debt was released and their case was closed within three months. Anyone facing bankruptcy certainly wants to get the process over and done with as quickly as possible, so the efficiency alone is often a major reason people decide that Chapter 7 is right for them.

The US Courts have set up a means test that you can fill out to determine whether or not you're eligible for Chapter 7 bankruptcy. However, bankruptcy, like all legal matters, is a complicated issue, and each case is unique. It's important to consult with a qualified bankruptcy attorney to make sure you're choosing the path that's most beneficial to you.

If you have questions about filing for Chapter 7 bankruptcy, our legal team is standing by to help. Contact the Law Offices of James C. Shields today.